Gluten – what is it?

What is it, where is it and how you can live without it, it’s all here. 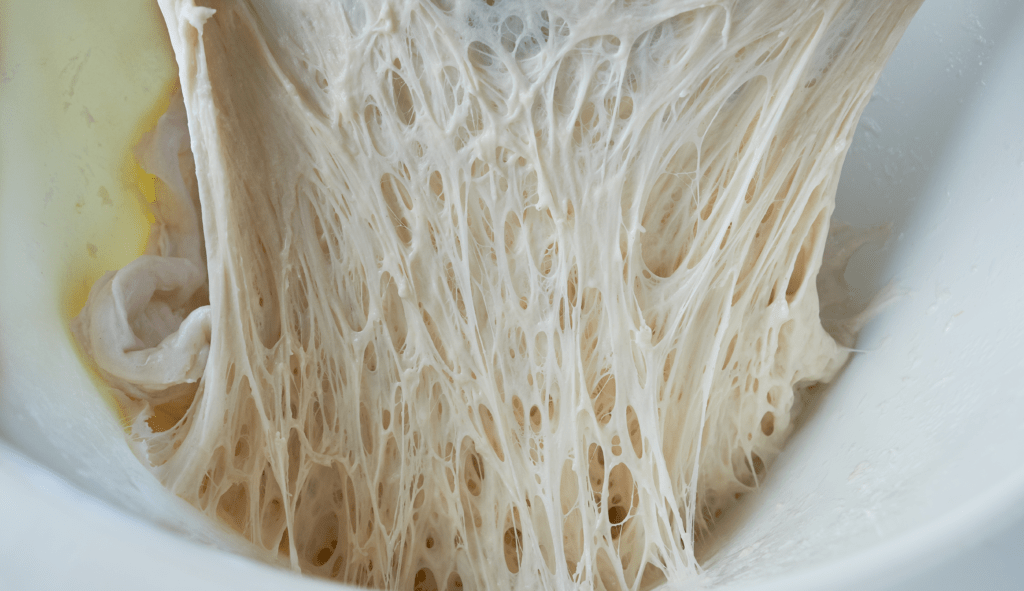 Gluten is a type of protein found in cereals like wheat, rye and barley. When it’s combined with water it creates stretchy, sticky strands a bit like chewing gum. Although gluten provides no nutritional value, it can be found hiding in lots of foods. Bakers discovered they could bind mixtures with flour containing gluten and make bread light and airy. They must have thought they had found the greatest thing since, well… sliced bread! What they had not realised is that some guts just don’t like it! This includes people who have Coeliac disease and those with Irritable Bowel Syndrome, but it can also act as an irritant for others, making them feel bloated and sluggish. And because gluten doesn’t provide any essential nutrients, it doesn’t contribute to a healthy tum. As the Genius founder Lucinda quickly realised though, developing a recipe for gut lovin’ gluten free bread that tastes like bread however is no mean feat!

You can find gluten in a lot of foods in the supermarket – it’s bonkers! Now be prepared, gluten may even be in some of your favourites. The big 3 (wheat, barley and rye) are often lurking in bread, pasta, pizza, cakes, biscuits and breakfast cereals. You’ll often find many processed foods, such as soups, sauces and ready meals with gluten too. Finding every food that contains it would stump Sherlock Holmes! Check out sausages and burgers. Why? Because breadcrumbs can be used to bulk out the meat – sneaky! So if you want or need to avoid gluten make sure to check labels on everything. Gluten should always be called out in bold in the ingredients lists on the back of packaging as it’s classified as an allergen.

Are gluten free and wheat free the same?

Nope, gluten free and wheat free do not mean the same thing. Wheat is one of the big 3 cereals (along with rye and barley) that contain gluten. BUT not everything that is gluten free is automatically wheat free! Believe it or not gluten can be extracted from wheat and the wheat starches used in recipes. We don’t ever use wheat in our bakery but others may do so please do check for wheat in the ingredients on pack.

Now you know a bit more about Gluten, your next question might be, ‘what foods are gluten free’? It goes without saying (but we’ll say it anyway) there’s the whole Genius range of delicious gluten free breads, rolls, and wraps… Head over to our Things We Make page for all the gluten free Genius bakes.

There are also masses of naturally gluten-free foods, like meat, fish, fruit, and vegetables to name but a few. Rice and potatoes in addition to a wide range of grains and pulses including lentils, buckwheat and quinoa (for the more adventurous bunch) are also naturally gluten free. With so many naturally gluten free foods and alternatives to choose from eating gluten free should not feel like a burden once you find your way. Check out our Gut Lovin’ Recipes for some inspo on great food that’s all gluten free.

This website uses cookies to improve your experience while you navigate through the website. Out of these, the cookies that are categorized as necessary are stored on your browser as they are essential for the working of basic functionalities of the website. We also use third-party cookies that help us analyze and understand how you use this website. These cookies will be stored in your browser only with your consent. You also have the option to opt-out of these cookies. But opting out of some of these cookies may affect your browsing experience.
Necessary Always Enabled

Any cookies that may not be particularly necessary for the website to function and is used specifically to collect user personal data via analytics, ads, other embedded contents are termed as non-necessary cookies. It is mandatory to procure user consent prior to running these cookies on your website.